Get your copy of Life Is Magic: My Inspiring Journey from Tragedy to Self-Discovery If you missed the event, you can see Dorenbos’s tricks on Ellen. 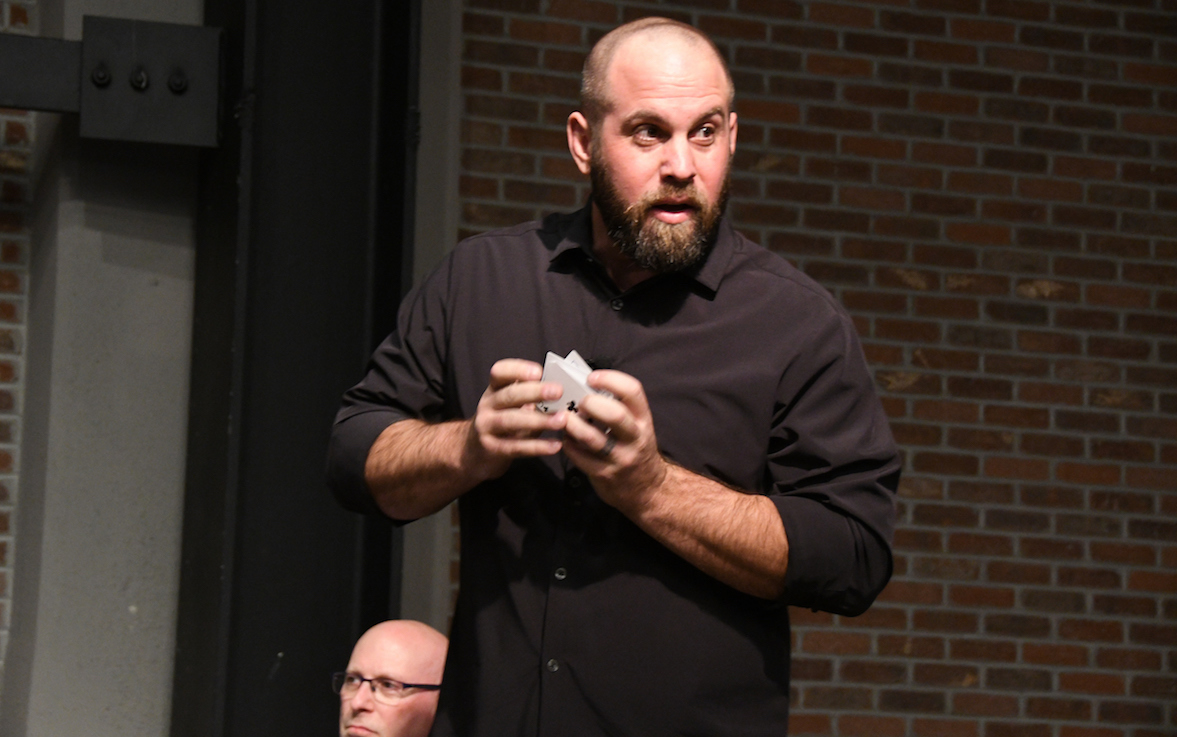 The Citizen co-founder talked with the former Eagle, whose new book chronicles his journey from tragedy to triumph

The Citizen co-founder talked with the former Eagle, whose new book chronicles his journey from tragedy to triumph

more than 20 years after his father brutally murdered his mother when he was just a boy. Until he did, one afternoon last year, over a long lunch with the man he used to consider his best friend—and who shattered the young Dorenbos’s entire world.

And those three words, they changed everything. “For me, forgiveness was about coming to terms with my own reality, being okay with it, and not letting someone who’s no longer part of my life take over my life,” Dorenbos said last week at a packed Citizen and Fitler Club member event in the club’s ballroom. “I told him, I forgive you for being lost. And I felt like a 100-pound gorilla was taken off my chest.”

In Life is Magic, Dorenbos—with Citizen Co-founder Larry Platt—tells the story of learning to live again after the tragedy of his mother’s murder, and of finding new meaning in two radically different outlets: Football, which he started playing in high school so he could hit people without consequence (understandably, he had a lot of anger); and magic, which brought him much-needed solace.

Listen below to the conversation between Dorenbos and Platt—interrupted here and there by Dorenbos’s magic tricks (you had to be there).

And see more photos from the event here: