We hope to do that in our Good Citizenship Toolkit, which includes a host of ways to get involved in Philadelphia—whether you want to contact your City Councilmember to voice your support for increasing opportunities for college students, get those experiencing homelessness the goods they need, or simply go out to dinner somewhere where you know your money is going toward a greater good. 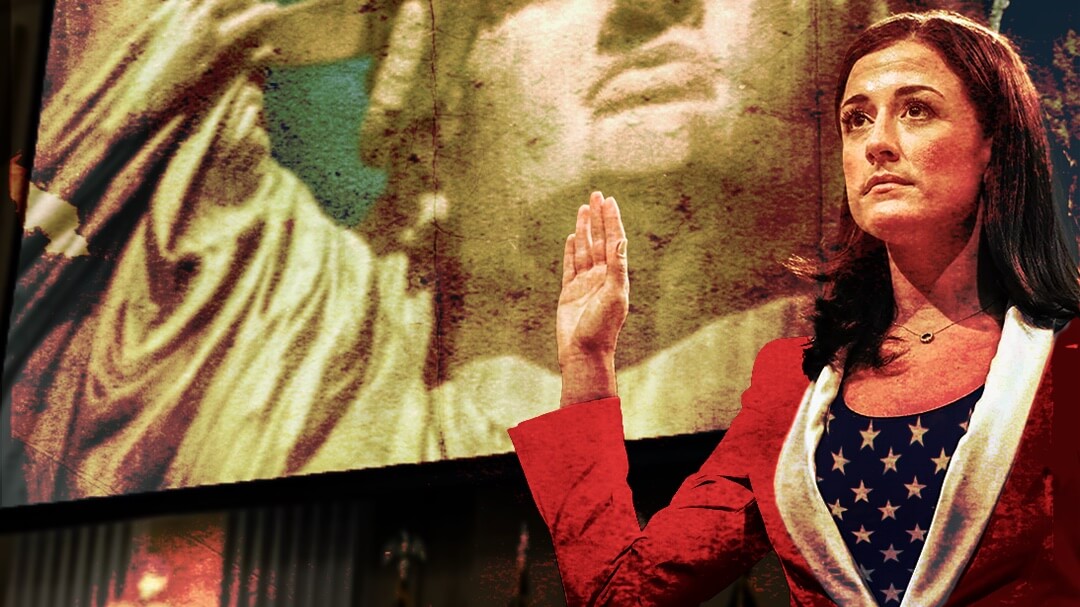 A long-time college president was impressed by the former Trump White House staffer during her January 6th testimony. The lesson: Internships matter

A long-time college president was impressed by the former Trump White House staffer during her January 6th testimony. The lesson: Internships matter

She can’t be just 26 years old, I thought as I watched Cassidy Hutchinson, poised and brave, testify before the House Jan. 6 Committee. If she is 26 now, then she was 24 or 25, when she urged her boss, Mark Meadows, Trump’s Chief of Staff, to separate himself from the “crazies,” who were planning armed insurrection at the U. S. Capitol.

Cassidy Hutchinson grew up in Pennington, NJ, a village in Mercer County near Princeton and less than an hour from Philadelphia. Graduating from Hopewell Valley Central High School in 2015, she was the first in her family to attend college, selecting Christopher Newport University (CNU), a public liberal arts and sciences university in Newport News, VA.

Hutchinson had the good judgment and courage to understand that protecting the American dream meant speaking out against insurrection. She was in a position to do so because she integrated internship opportunities into her college education.

Christopher Newport University is not well known and has its problems. According to education blogger Katlyn Riggins, it is “the sixth worst public college in the country on working-class and low-income student access … And its Black student enrollment level pales compared to its geographic home.”

But Christopher Newport University was  a good fit for Cassidy Hutchinson. I give credit to her high school counselors and to Cassidy for finding an institution that met her needs. The most important attribute of CNU is its focus on experiential learning and internships, best emphasized in the President’s Leadership Program.

During Hutchinson’s time at CNU (2015-19), Paul Trible, a former Republican U.S. Representative and one-term Senator from Virginia, led the institution. Announcing his retirement this year, he will serve for one year as Chancellor. A hallmark of President Trible’s 25-year tenure is CNU’s stated goal for students to “Lead a Life of Significance: Leadership, Service, Honor, Excellence.”

Leading a life of significance and service involves getting hands-on experience.

During the summer of her first college year (2016), Hutchinson interned for Republican Senator Ted Cruz and during the summer of her sophomore year (2017), for U.S. House of Representatives whip Steve Scalise. In the summer of her junior year (2018), she was selected for the prestigious White House intern program, working in the Office of Legislative Affairs and later becoming an employee of that office. In March 2020, Mark Meadows, Trump’s fourth chief of staff, selected Hutchinson to be one of his aides. She soon became his principal assistant, with the title Special Assistant to the President and Coordinator for Legislative Affairs, serving until the end of Trump’s presidency.

We so often hear, “It’s not what you know; it’s who you know.” It’s pretty clear in Hutchinson’s case that she did not gain opportunities through a privileged birthright. She did not know people in power, but she knew herself. In October 2018, in a CNU interview about her White House internship, she said that for as long as she could remember, she “has admired the men and women who enter public service. “I have set a personal goal to pursue a path of civic significance. Interning on Capitol Hill confirmed my desire to continue a path in government, and when I learned about the White House internship I was eager to apply.”

Hutchinson combined her commitment to public service with a strategy for building social capital as a crucial part of her college experience. As I have written before, social capital is more important than college majors.

With every internship opportunity, Cassidy Hutchinson worked reliably and diligently. She described her post-graduation plans in the 2018 CNU interview, “I’m keeping every opportunity at my fingertips and am open to any job that comes my way. I am confident I will be an effective leader in the fight to secure the American dream for future generations …”

In the winter of 2020 to 2021, in her White House role and then again in her July 2022 testimony to the January 6 committee, she had the good judgment and courage to understand that protecting the American dream meant speaking out against insurrection. She was in a position to do so because she integrated internship opportunities into her college education.

How did she develop the character that brought her to speak the truth in the lion’s den? I wish that we could better identify the educational attributes that inculcate integrity and bravery. In the meantime, we can study Cassidy Hutchinson’s example — and we can do our part.

Here, some ways we can help propel students into their own futures: