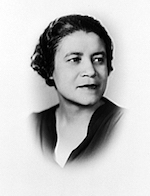 A friend of Eleanor Roosevelt’s, Fauset was the first African American woman elected to a state legislature in the country, chosen in 1938 to represent the 18th District of Philadelphia, which was over 66 percent white. She introduced legislation that addressed public health, low-income housing and women’s workplace rights. Fauset later joined Franklin Delano Roosevelt’s “Black Cabinet” to promote African American civil rights. As a member of the interracial committee for the American Friends Service Committee, she gave over 200 lectures about African American culture to mostly white audiences. “White students, both high school and college, think of the American Negro as being not quite human…and that whatever advantages and privileges he enjoys are due solely to the magnanimity of white people,” Fauset said. “They do not seem to realize that these advantages and privileges are due him as a native-born American citizen and as a normal human being—at least as normal as the attitude of the white world permits him to be.”

“We should not want to think of America as a ‘melting pot,’ but as a great interracial-laboratory where Americans can really begin to build the thing which the rest of the world feels that they stand for today, and that is real democracy,” Fauset said in the 1940 Woman’s Centennial Congress. A sailmaker with a bustling business that employed both black and white workers, Forten was one of the wealthiest Philadelphians of his time, of any race. He used his position and his fortune to fight slavery, and to demand civil rights for African Americans, successfully leading the fight against a Pennsylvania bill that would have required new black residents to register with the state. Born free in Philadelphia, Forten was largely self-taught: He dropped out of school at age 9 to work full time to support his mother and sister. As a privateer on a ship that got caught by the British during the Revolutionary War, he escaped enslavement by impressing the captain, who ensured he was treated the same as white prisoners of war. He was released seven months later and walked back from Brooklyn to Philadelphia, eventually becoming an apprentice to sail-maker Robert Bridges, who passed the business on to Forten. “Has the God who made the white man and the black left any record declaring us a different species?” Forten asked in a letter to state legislators. “Are we not sustained by the same power, supported by the same food. . . . And should we not then enjoy the same liberty. . .?”

“By the 1830s, his was one of the most powerful African-American voices, not just for men and women of color in his native city, but for many thousands more throughout the North. He knew how to use the press and the speaker’s podium. He knew about building alliances, when to back down and when to press forwards with his agenda. His rise to prominence, his understanding of the nature of power and authority, his determination to speak out and be heard are object lessons in the realities of community politics. Disfranchised he might have been, but voiceless he never was,” University of Massachusetts professor Julie Winch wrote in A Gentleman of Color: The Life of James Forten. A teacher in Frankford, LeCount was Philly’s Rosa Parks 100 years before the Montgomery bus boycott, defiantly riding street cars and filing petitions to have a law against black riders repealed. With her fiance Octavius Catto, she kept up the fight even after the law was changed: When a conductor refused to stop for her, LeCount—just 21 at the time—filed a complaint with the police, eventually forcing the driver to pay a $100 fine. She also pushed for the rights of African-American teachers and students, standing up to the school board of the Wilmot Colored School to insist a black colleague become principal because “colored children should be taught by their own,” reports noted. She herself later became only the second African American female principal of a public school.

“Henceforward,” an editorial said, after LeCount’s victory in court, “the wearied schoolteacher, returning from her arduous day’s labor, shall not be condemned to walk to her distant home through cold and heat and storm.” 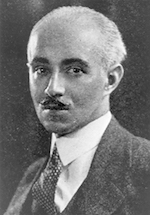 Julian Francis Abele was the first black graduate of Penn’s architecture school in 1902 and spent most of his career as chief architect of the famed firm of Horace Trumbauer. Abele is said to have designed over 400 buildings, including the Philadelphia Museum of Art, the Free Library of Philadelphia, the Land Title Building, Harvard University’s Widener Memorial Library and much of Duke University’s campus. Still, true to the times he lived in, Abele was not credited for most of his work until after his death; he was not allowed in Penn’s dorms or cafeterias as a student; and he was not admitted into the American Institute of Architects until 1942. According to his family, Abele refused to visit the buildings he designed at Duke because “he did not wish to experience the harsh segregated ‘Jim Crow’ laws of the South.”

Abele famously noted his role in Trumbauer’s designs by saying, “the lines are all Mr. Trumbauer’s, but the shadows are all mine”—a statement that may have been as much about the role his race played in his work as it did about the architecture. 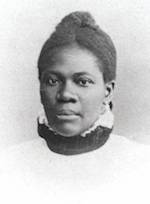 A staunch advocate for the poor and for women, Rebecca J. Cole was the second female African American doctor in the United States, who practiced in South Carolina, North Carolina, Washington, D.C. and Philadelphia. In 1873, she created Women’s Directory Center, which specialized in legal and medical services for poor women and children, often in their own homes. Cole’s first-hand view of poverty informed her public argument with sociologist W.E.B. DuBois, who argued in his landmark 1899 study The Philadelphia Negro that African Americans were dying of consumption because they were ignorant of proper hygiene. Cole accused DuBois of collecting erroneous data from slumlords, and instead argued that high African American mortality rates were the fault of white doctors, who refused to collect complete medical histories of their black patients. Cole also argued her own case, when needed. When working as a representative for the Ladies’ Centennial Committee of Philadelphia, helping to plan the 100th Anniversary of the Declaration of Independence, she was asked to form a separate Colored Ladies Sub-committee. Cole refused, arguing that black women should be able to work alongside the rest of the committee, not in a separate group. She won.

In an annual report for the Home for Destitute Colored Women and Children, the report recalled “Dr. Cole herself has more than fulfilled the expectations of her friends. With a clear and comprehensive view of her whole field of action, she has carried out her plans with the good sense and vigor which are a part of her character, while her cheerful optimism, her determination to see the best in every situation and in every individual, have created around her an atmosphere of sunshine that adds to the happiness and well being of every member of the large family.”